GOSHEN, IN -- After thousands of layoffs in the heart of RV manufacturing country, a bit of blue sky is brightening the employment picture. RV builder Forest River says it will be hiring new workers for two of its Indiana plants.

Forest River foresees the need of 120 employees at its Millersburg plant, and 40 more for its operation at Middlebury. To help grease the ways, the RV firm is looking for property tax breaks and state initiatives for both these locations, and one other Elkhart County plant in Goshen. County officials will take up the topic of tax breaks next month.

If Forest River has its way, it says it could end up adding as many as 445 new jobs.

The Family Motor Coach Association (FMCA), an international organization for families who own and enjoy the recreational use of motorhomes, is finalizing plans for its August 27-30 rally at the Indiana State Fairgrounds in Indianapolis, Indiana. Approximately 2,500 motorhomes and 8,000 RVers are expected for the event dubbed “Formula For Fun.”

Convention activities will include a motorhome exhibition by motorhome manufacturers and dealers from throughout the United States and Canada, as well as displays and commercial booths by manufacturers and suppliers of RV accessories and components.

Other activities include seminars on a variety of topics related to motorhomes and RV travel, local tours, evening entertainment and many social gatherings. While the convention is organized for Family Motor Coach Association members, the organization also invites members of the public to attend and provides various admission options.

Admission to the motorhome exhibition only is $7 per day; children 12 and under are admitted free with an accompanying adult. Those with an active military ID are admitted free also. A daily passport for all exhibits, seminars and entertainment is available for $65 per person ($55 for FMCA members).


RV OWNERS ARE INVITED TO HOLE UP at the Indiana State Fairgrounds. The price for non-FMCA members is $240 per RV (with two people). The non-member fee automatically grants a one-year FMCA membership or Family Motor Coaching magazine subscription to the RV owner. The FMCA member price is $190.

The Family Motor Coach Association was founded in 1963 by a contingent of "house car" owners who decided to term their then-unusual vehicles "motor coaches." Today the association has nearly 90,000 member families. One of the primary benefits of FMCA membership is a subscription to the monthly Family Motor Coaching magazine. Other benefits include trip routing; mail forwarding; a fuel discount program; full access to FMCA.com; a tire purchasing program; and group rates on an emergency roadside assistance plan and member-only RV tours and caravans.

MIDDLEBURY, Ind., July 11, 2012 – Starcraft RV has announced that it is sponsoring the Long Road Home Project, which begins Sunday. Five U.S. veterans will bike 4,200 miles for 90 days across the country to raise awareness of the difficulties faced by service people after returning home.

Most of them served in the Iraq and Afghanistan conflicts, and may face hardships in their lives due to injuries and post-traumatic stress disorder (PTSD). The goal of the Long Road Home Project is to bring awareness to the hardship faced by the veterans.

Through this journey, the Long Road Home Project also hopes to raise $75,000 to ease the transition of returning soldiers and help veterans live full, meaningful lives.

Starcraft RV is donating the use of a 28-foot Travel Star 285FB travel trailer to accompany the riders and support staff. The RV will allow the riders to recuperate and relax after a long day of cycling. For more information visit LongRoadHomeProject.com.
Posted by RVer at 6:14 AM No comments:

ROSWELL, NM -- Police had their hands full earlier this month when a 22-year old woman allegedly stole a motorhome from an RV park and led police on a high speed chase. With awning deployed, sewer hose dragging, speeds reached 75 to 80 miles per hour before the motorhome crashed beside the highway.

Unknown to police, the woman had somewhere picked up a hitchhiker and his dog. The man begged the woman to let him out, to no avail. Sheriff's deputies pursued at what they described as a "safe distance," which was well, as the awning and the motorhome eventually parted company.

One deputy rolled out "stop strips" or road spikes in an attempt to stop the RV road trip, but the driver, Christina Vandergriff, managed to drive around them and continue on. Said the county sheriff, "A 22-year-old female, barefooted, probably had never driven anything that size, we're real lucky she didn't roll it and hurt her and the passenger, and the dog that the passenger had, or hit somebody head-on."

When the rig finally crashed, the force blew out the windshield. Vandergriff jumped from the RV and ran, while the unhappy hitchhiker crawled out and stayed put. Warned by the RV owner of the presence of two guns in the rig, armed police approached the scene, finally chasing down the would-be RVer in a nearby field.

The chase took place on New Mexico highway 285, the infamous "Extra Terrestrial" Highway. Maybe she was just trying to get to a place to phone home.

Police dash-cams caught the action and can be viewed here.
Posted by RVer at 8:31 PM No comments:

BOTHELL, Wash., July 10, 2012 – RV Comfort Systems has announced that its patented CheapHeat add-on electric heating system for recreational vehicles is now available to the public directly through its website. In the past, the company sold the product through OEMs and RV service centers.

With this system, RVers have the option of operating their furnace on either propane or electricity by flipping a switch, using the manufacturer's installed central forced air heating system. In most cases, when the RV is plugged to an OEM recommended shore power source, the owner will be able to use electricity to heat their RV to temperatures as low a zero degrees outside without using any supplemental heat.

The CheapHeat system is UL certified and RVIA compliant in both the United States and Canada. It uses a single smart controller that works all configurations and is available with three styles of adapters. It works with both Atwood or Suburban furnaces.

RV enthusiasts rely heavily on the Internet when purchasing an RV 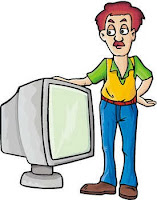 EDMONDS, Wash., July 9, 2012 -- An RV dealer or manufacturer without a strong presence on the Internet is probably jeopardizing sales according to a June survey by RVtravel.com. Of the nearly 1,400 RVers who responded, approximately 68 percent said that researching an RV and finding it on the Internet was important or very important in their buying process. Only 21 percent reported they did not use the Internet at all when purchasing their current recreational vehicle.

"Our readership is an Internet savvy group," said RVtravel.com editor Chuck Woodbury, "so it's no surprise they would be inclined to use the Web to research a purchase more than others. Still, the fact that nearly 70 percent of them relied on the Web to at least some degree is highly significant. I'm sure the percentage will grow in the years ahead. Any RV dealer or manufacturer who does not have a strong Web presence is probably losing sales."

RVtravel.com has published a weekly survey of its more than 240,000 monthly readers for nine years. Reading the questions and responses presents a treasure trove of marketing insights into RVer behavior and buying habits. The surveys can be viewed at http://rvtravel.com/rvtravel/results.aspx.