RVers could be at risk for "left side" cancer 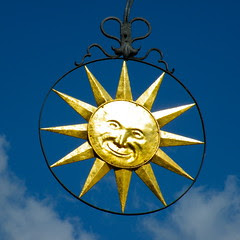 While road hazards like tire "gators," and "tail gaters" may be enough to raise your RV driving safety awareness, here’s another one: Left side cancer. A Saint Louis University skin doc warns facial skin cancers are far more predominant on the left side.

"We tend to see more skin cancer on the left side of the face - drivers need to be aware of the amount of sun exposure they receive behind the wheel," said Scott Fosko, M.D., chair of dermatology at Saint Louis University School of Medicine, and co-author of the study. "The cumulative effect of being exposed to the sun builds up over many years."

The results of the study also indicate that men are more likely to be affected by left-side cancers, causing the authors to particularly caution professional drivers of the danger. RVers may spend more time behind the wheel than their commute-to-the-job counterparts, and thus they too, need to be alert to the dangers of skin cancer.

According to the American Cancer Society, most of the more than 1 million cases of non-melanoma skin cancer diagnosed yearly in the United States are considered to be sun-related. Melanoma, the most serious type of skin cancer, accounted for a majority of the nearly 12,000 deaths due to skin cancer last year. What about 2012? Expect nearly 132,000 new cases of melanoma to be diagnosed this year alone.

So what's the protection? Sunscreen. Look for a sunscreen that protects not only against UVA rays, but UVB as well. Sunscreen help reduce incidences of skin cancer, but can also help protect against premature wrinkling and skin aging–for those of us who haven’t already been victimized. Sunscreen in the form of tinted glass and UV window filters can also help cut down the amount of skin-damaging UV rays that get into your rig.

photo: barockschloss on flickr.com
Posted by RVer at 1:40 PM 1 comment: